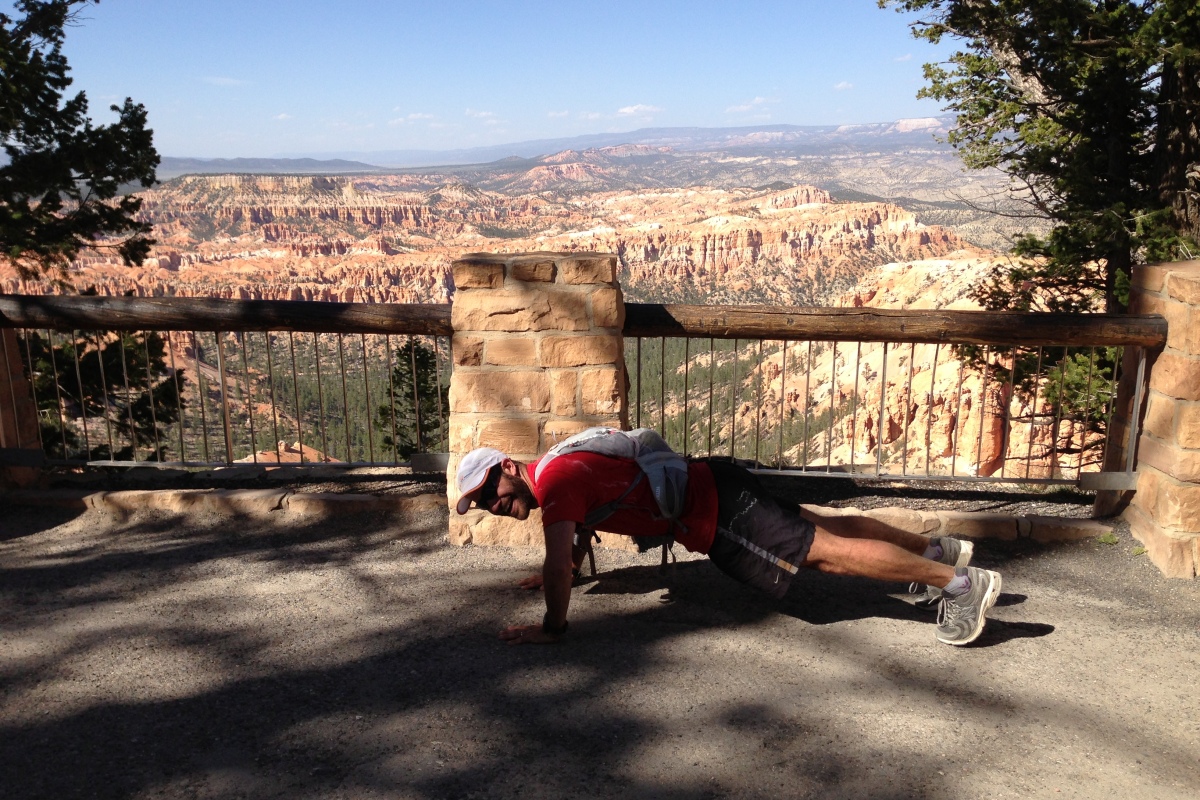 I planned a 4 day running trip where I aimed to run 100 miles over five days in four different national parks, canyons and deserts.

While pushing my body in unforgiving, but inspiring landscapes, I learned to appreciate that deserts mean deprivation and in this state, the spirit learns freedom. The absence of the material necessities of life (WATER) provide nourishment for the imagination to go unfiltered. Yes, this may be a default mechanism of survival which is why mirages appear, but it brings appreciation for a sentiment that an influential circumcised carpenter held held when fasting in the wilderness. Jesus was tempted by the devil to use magical powers to satisfy his hunger and he responded, “Man shall not live on bread alone.” (Matthew 4:4). This famous biblical parable is a mythological archetype, one that faced Buddha and Moses as well. In the wilderness, when removed from the structures of survival, temptations for the temporal are easily blown away like winds pushing tumbleweeds along the eternal desert landscape.

Missy and I flew to Los Angeles to visit her brother, sister-in-law and their new baby. On the last day of the visit, I woke up early to start my adventure by running 10 miles in the city. I then dropped Missy at the airport, kissed her goodbye and started my 7-hour drive to Zion National park.  Arriving just before dark, I was able to find a free area to camp and set up tent on the side of the road right outside the park.

The next morning, I made arrangements with Zion Adventures company to get dropped off at Lava Point trailhead (in the middle of the park) and head off running on the 16 mile West rim trail. Even though I thought I was traveling on a relatively popular backcountry path, it took 9 miles before I saw my first human as I trotted along the canyon rim on undulating terrain. Eventually, I caught up with some crowds at Angels Landing, where I tested my patience while waiting on line to climb up the steep pathway to the top. Eventually, I ran back to the park entrance to my car totaling a 22 mile day.

I then drove through the park and to Bryce Canyon and camped at the North Campground, setting up camp right next to the canyon edge. Before turning in for the night, I was able to catch the sun set over hoodoos shaped like melting golden hallucinations in a secluded spot just right off the Rim Trail.

The next morning, I first ran an 8 mile sunrise warm up on the Fairyland loop. I returned, packed up camp and eventually flagged down a free shuttle bus heading to furthest point south in the park at Rainbow point. I departed from the tour group (they must have thought I was a lunatic) and started jogging along the Under the Rim Trail. Prior to setting off, I talked to one of the Rangers and told him my intention to run this trail and he urged me to reconsider since it was hard treking and it typically took hikers several days to complete the back-country hike.  Despite his warning, I forged forward and was feeling great until 13 miles in, I lost track of the trail and found myself lost in the wilderness. It took me an hour of climbing around steep hillsides and shaky ground made more unstable by a recent forest fire, until I finally made my way on track. This really set me back in time and added a fair amount fatigue, but I finished the 22 mile trail by 4pm.  In total, I traveled 30 horizontal miles during the day, but I climbed a total of 7000 feet of ascent while running at 8000 feet altitude. 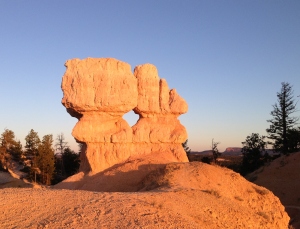 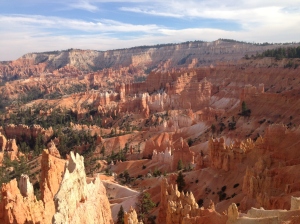 Feeling depleted and soar, I left Bryce and drove to the nearby town of Escalante where I somehow found Hole in the Rock Road and raced against the setting sun across the bumpy, unpaved road (in a small 2 wheel drive car) to find a camping spot.  A wind storm made very difficult the task of setting up my tent, but I was able to wrestle with the tarp despite my tired running legs, ate a hearty dinner and counted shooting stars before retiring to bed.

The next morning, I decided to try out a unique style of trail running. I packed my water, walked to the end of a nearby unmarked ATV trail and head 4 miles straight into the desert with GPS on hand. I was in the middle of nowhere, but I felt like I was everywhere. 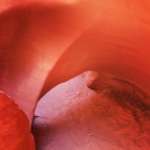 I returned to my car without danger and then followed signs to the Dry Fork trailhead and then on to Peekaboo, Spooky and Brimstone slot canyons. After a not so easy walk down, I climbed, squeezed and crawled through a jungle gym of smooth, narrow walls of cut out rock. My favorite climbing move had to be when I suspended myself between walls with my feet on one side and my hands on the other as I moved horizontally through parts impossible to walk. In total, I ran/hiked 13 miles during the day.

I then left the Escalante playground and eventually drove back to the highway and into California and arrived at the Mojave desert at night, where I set up camp right off of Cima road near the Teutonia peak trailhead.  At 2am, I was woken by coyotes howling at the full moon. When I opened my eyes, I could not believe how bright the desert appeared despite being dusk. The moon was a spotlight over the desert and I contemplated putting a sleep mask on in order to fall back to sleep.

The next morning, as luck had it, I needed to run 26 miles ( a marathon!) to complete 100 miles in 5 days. So began my Mojave Marathon of one, which I split into 3 sections- a sunrise trail running warm up, a fast paced dash on the lonely paved Cima road and then a grand finale climb of Teutonia peak.

When I finished, I felt exhilarated! I also felt a little dirty. And by a little, I mean I was a walking cesspool of unwashed sweat and dust after five days of  desert running.  I needed a bath, but there was no water sources. So, I settled for the next best option: the ice in my Styrofoam cooler that chilled my nutrition and water was all melted. I took this out and dumped it on my head and with a little soap I was all clean, ready for my prom date.

That night I head back to LA (took a real shower) spent time with my niece Ava, sister-in-law Esther and then went out on a celebratory dinner with my brother-in-law Mike at 4 on 6, a legit sushi restaurant in Encino and we chowed  omakase style.

One thought on “Desert Runner”